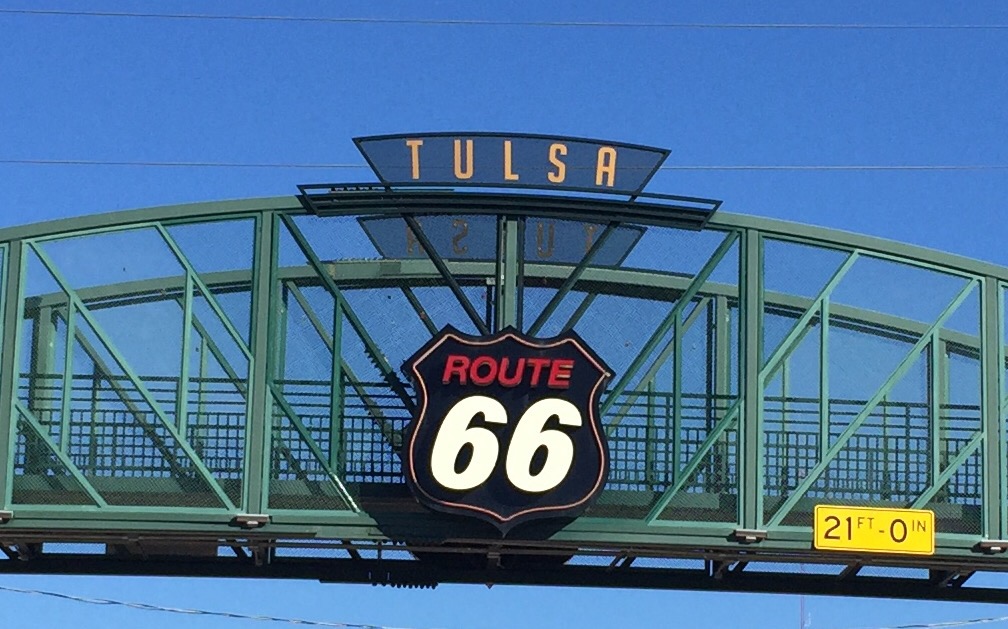 If I had to describe this race in 2 words, they would be “hilly” and “chilly.”  It was 23° at the start. How apropos that there were snowflakes attached to the street signs! 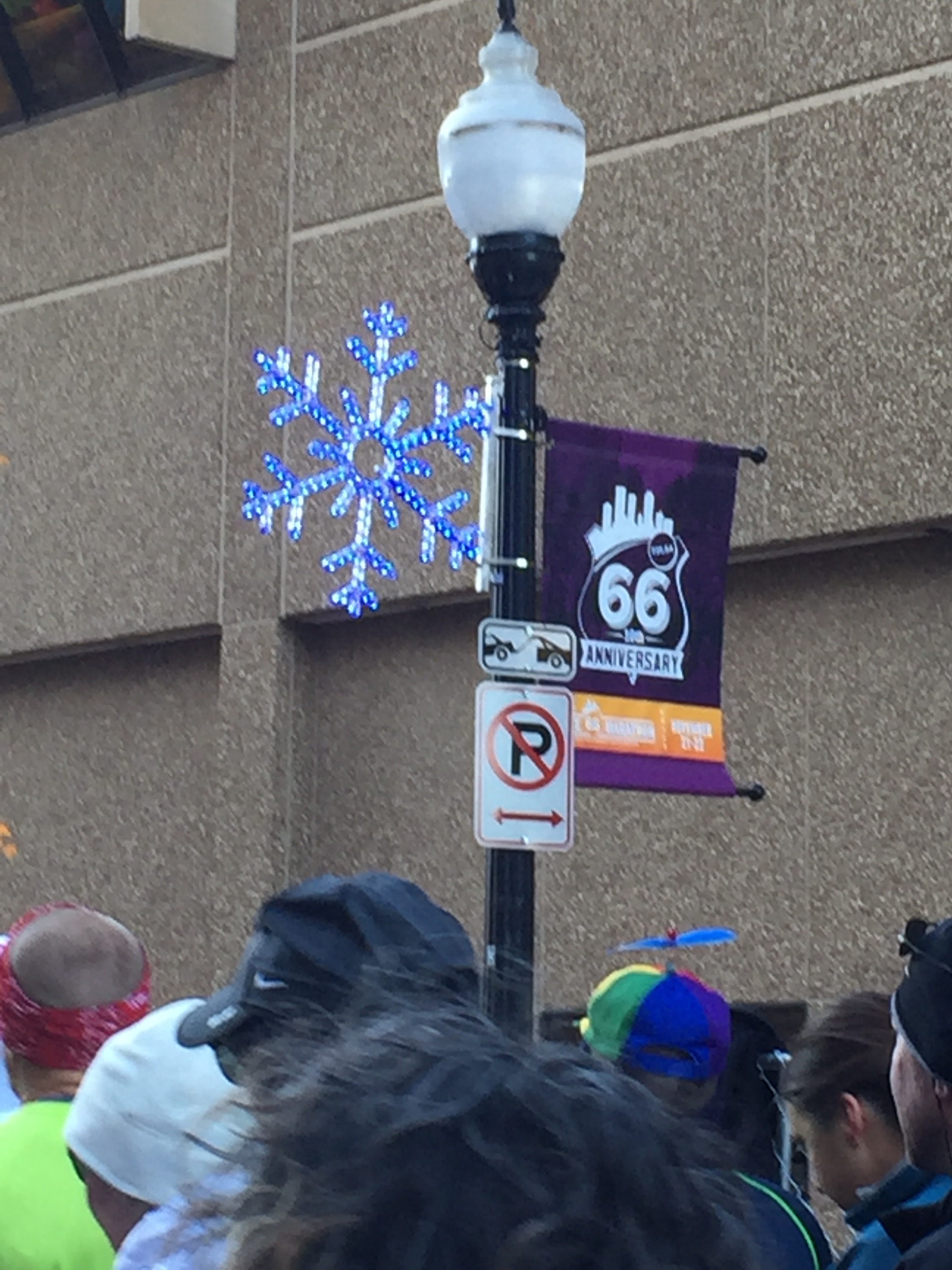 It was a festive start, and they even saved enough confetti for us slow pokes back in Corral D! 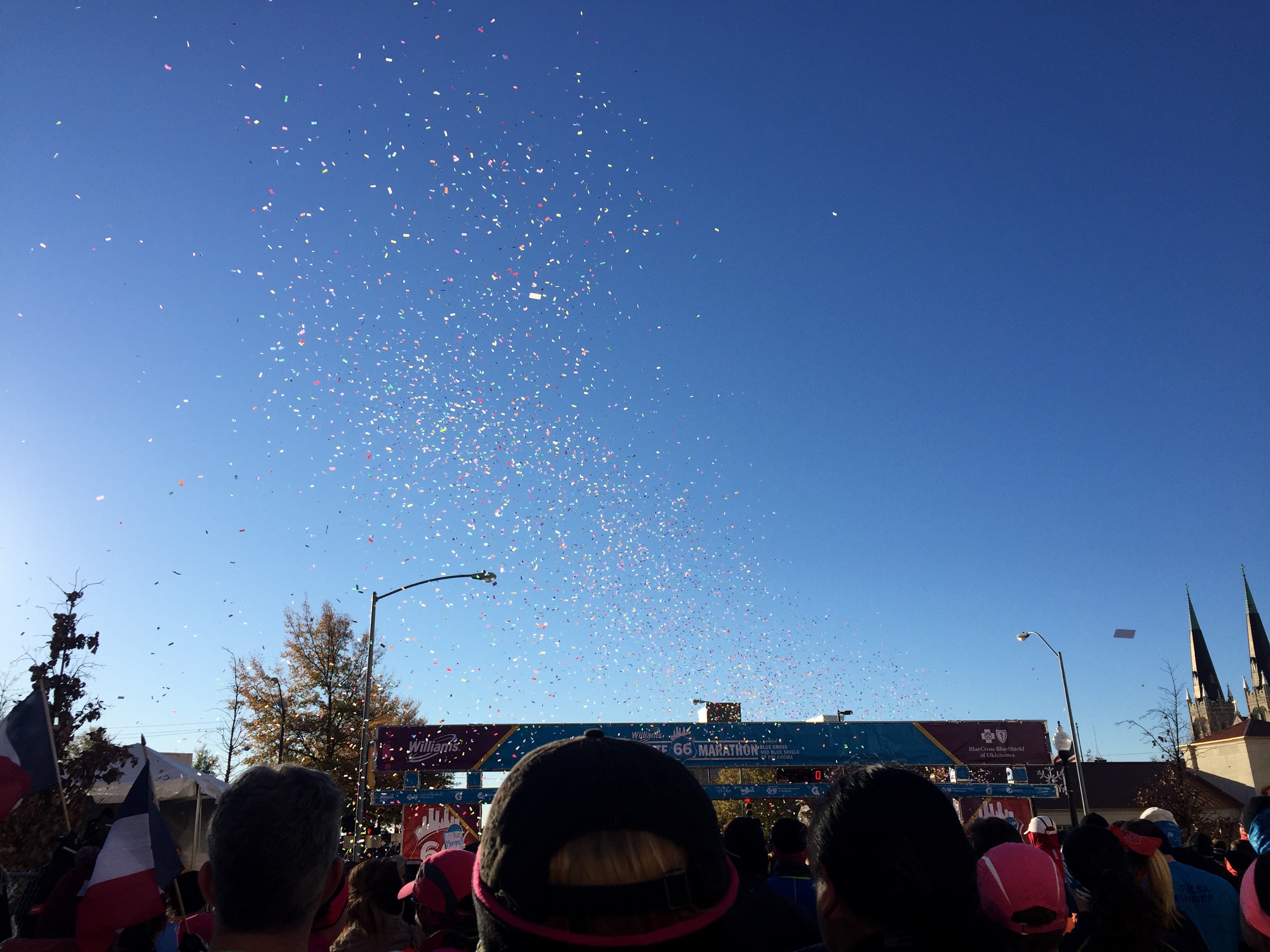 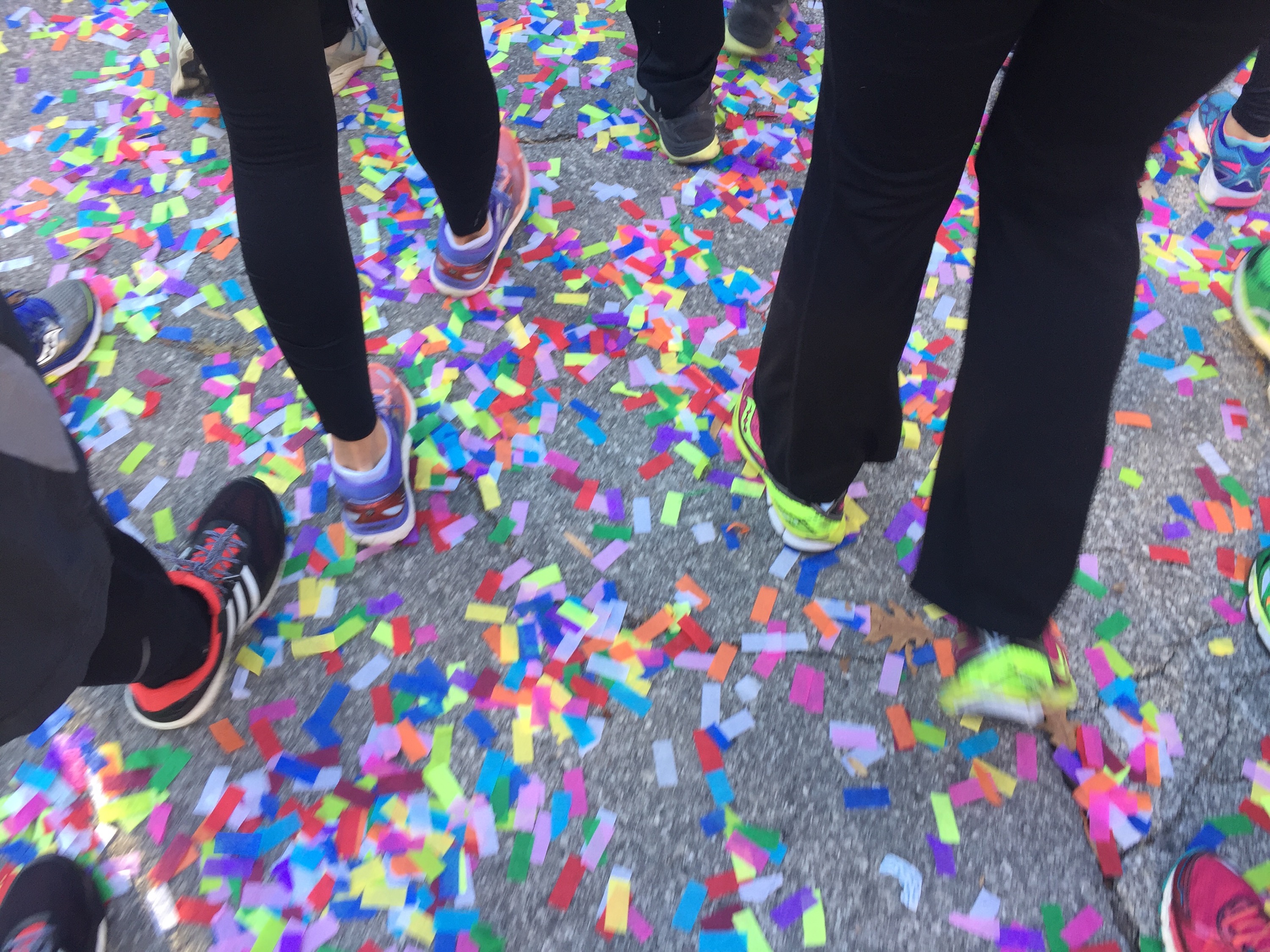 The start was slow, and with all the walkers, it felt more like a parade than a race!  But I enjoyed the relaxed atmosphere, and it was fine since I wasn’t running for time. And I can now say I’ve run Boston! 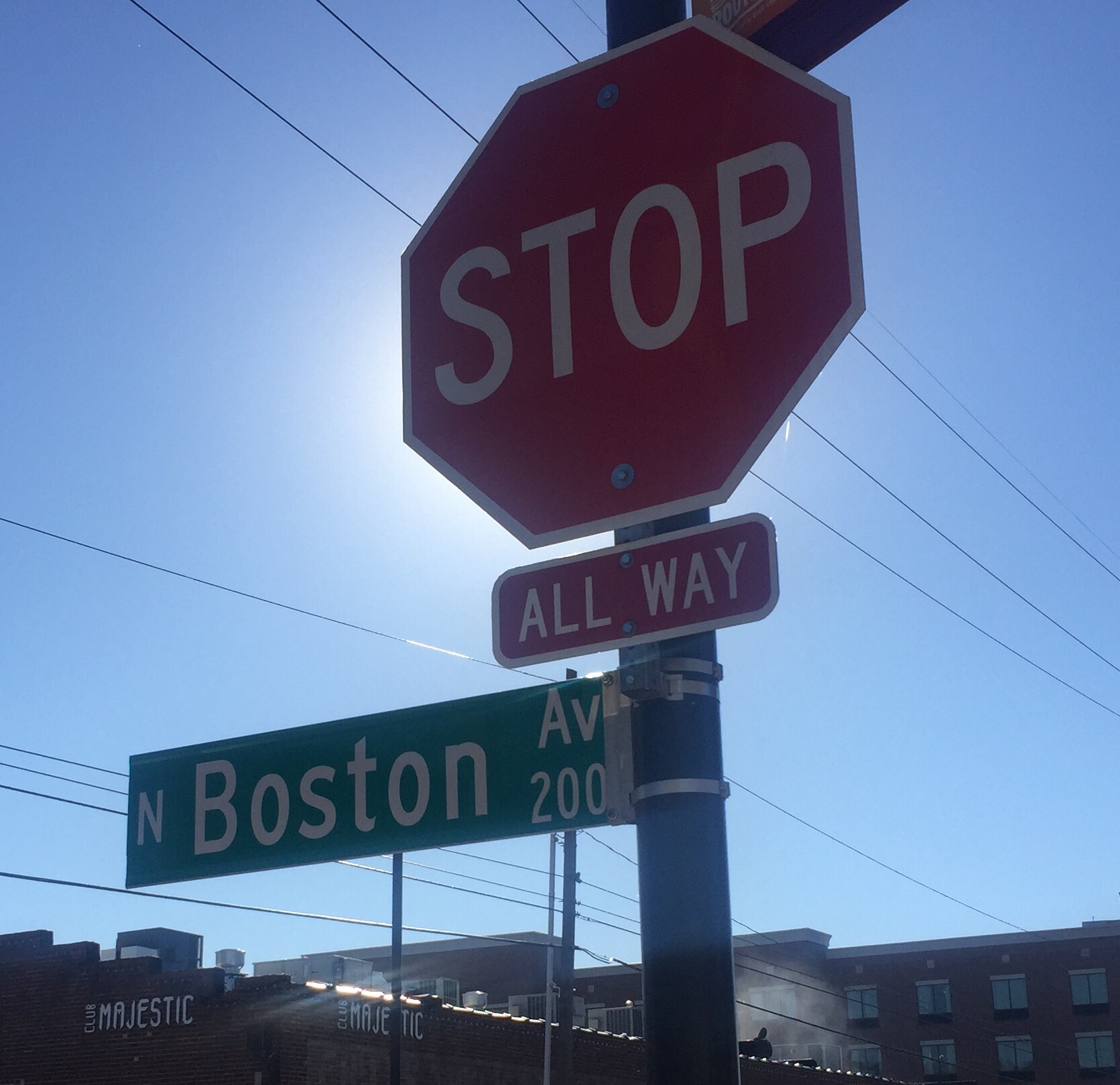 I divided the total distance by 66 and split .4 miles into a .33/.07 run/walk ratio. I had come across the lyrics to the song He Is, which describes who God reveals Himself to be in the 66 books of the Bible. This was my prayer focus for the day, and it was wonderful!  Praying through the entire Bible in a single six-hour period gave me the sense of story.  It was long enough to give me the sense of a journey, yet compact enough to pull it all together and let me see the big picture, too. It was incredible! 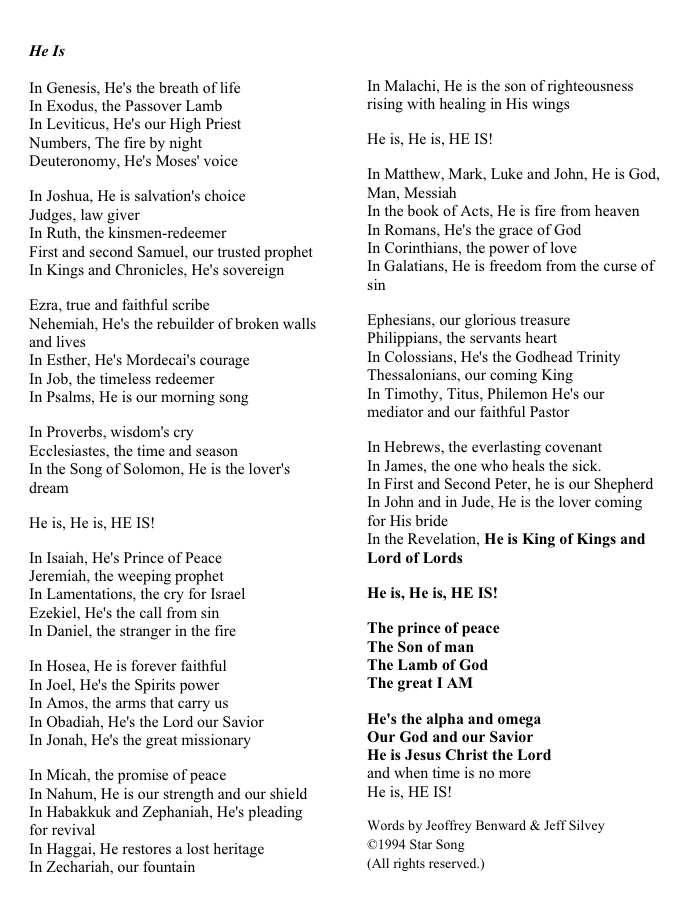 The race itself was relatively uneventful (in a good way). I simply relaxed into it and enjoyed meandering through the neighborhoods of Tulsa. It had more of a community feel than any race I’ve done. Residents just hung out on their front lawns cheering us on.  Or rode their pogo sticks. 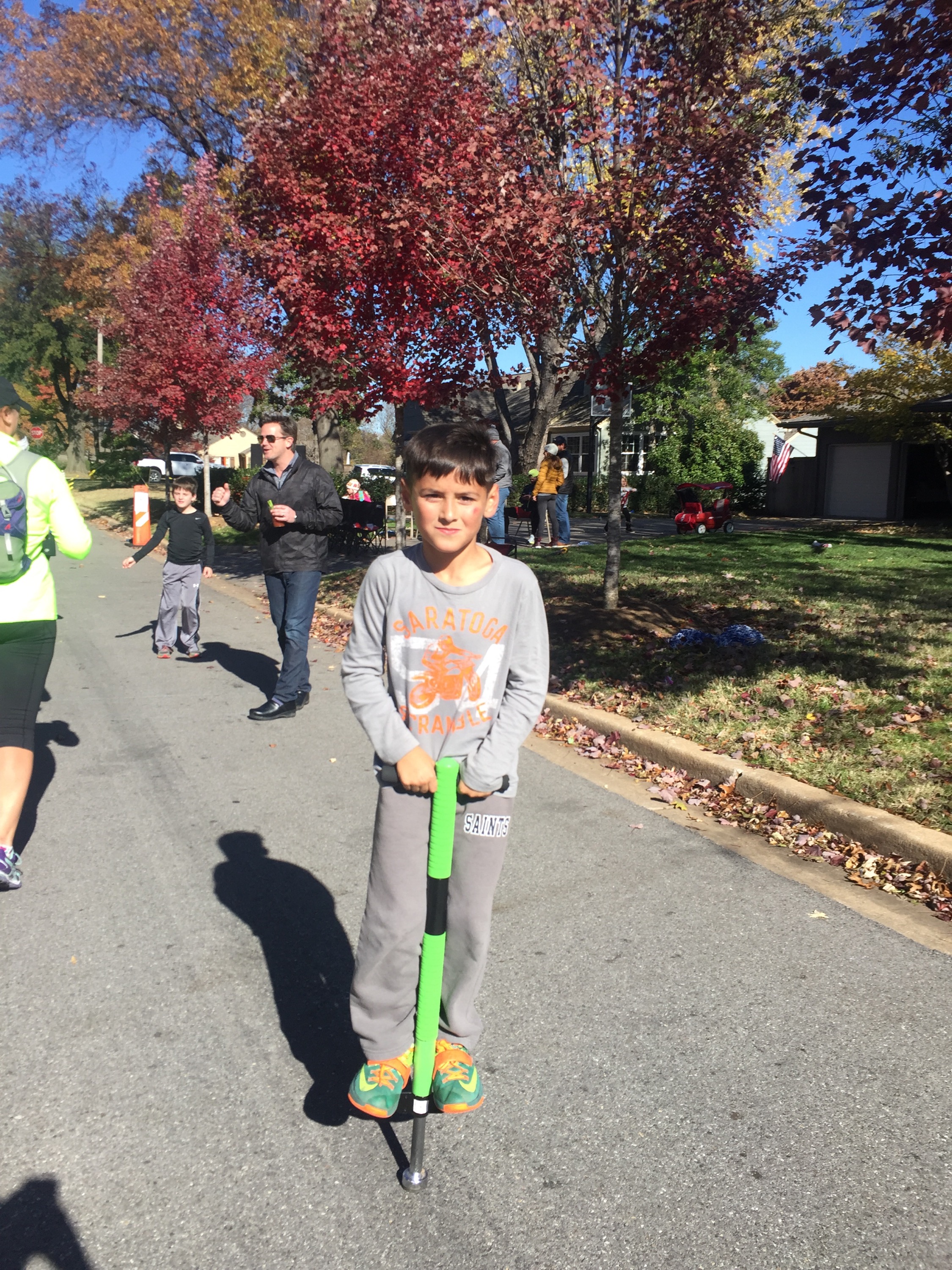 I passed on the beer stations and the Jell-O shots (since I don’t partake even when I’m not running), but I enjoyed a handful of pretzels and a few pieces of candy. God bless the soul who had chocolate chip cookies at mile 22. I was HUNGRY by then and wanted solid food (but passed up the temptation to stop at the Golden Arches!). 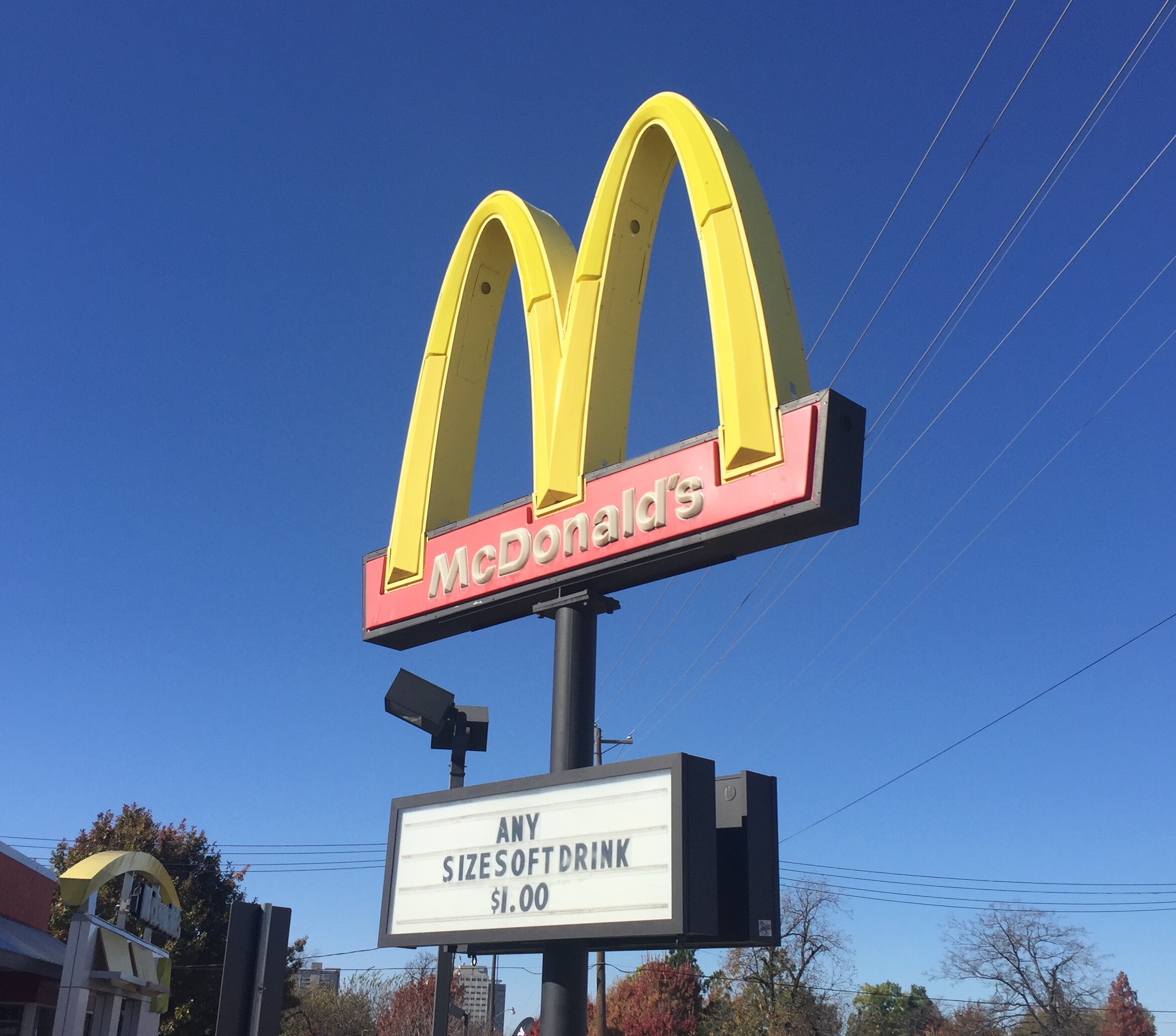 One of the highlights was around Mile 14, when somebody had set up a DJ station and was playing “Oceans” by Hillsong as I ran by. My heart was already filled with worship, and this put me over the top. It was glorious. Gave me an idea for putting on my own race–a prayer run with worship music….someday, maybe. 🙂

I held my run/walk ratio throughout the race, which was a significant accomplishment given that I’d done the full in Vegas the week before, and this course was HILLY. Ordinarily I would’ve let myself walk those, but since I was taking it easy (and had lots of people praying for me), there was no need.

I had plenty in the tank to do .3-mile detour to the Center of the Universe (making the total distance 26.5). You get to ring a bell, drink a beer if you want to, and get a commemorative coin to show that you’ve completed the World’s Smallest Ultramarathon. Score! 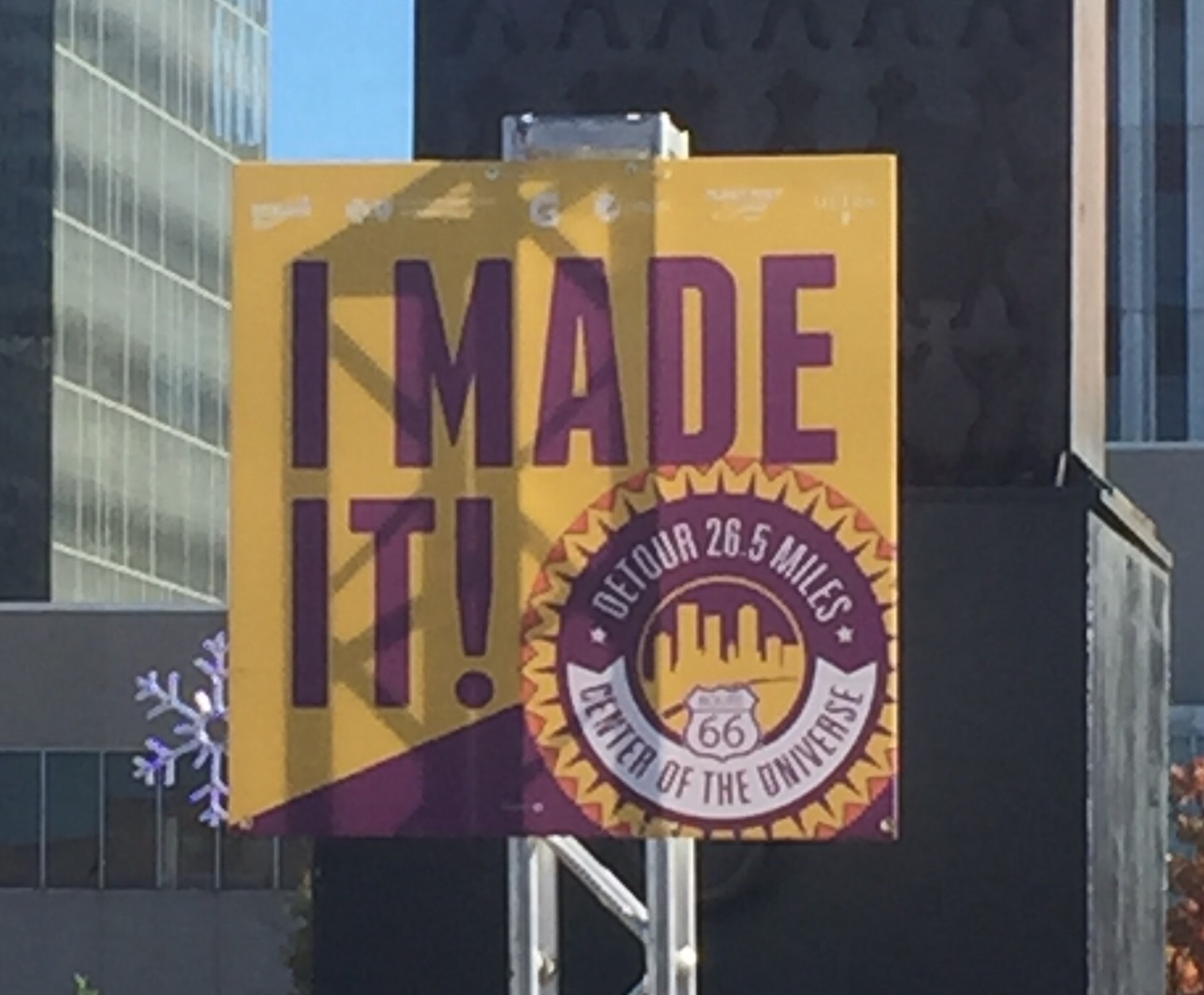 As I was coming close to praying through Revelation, there was this reminder… 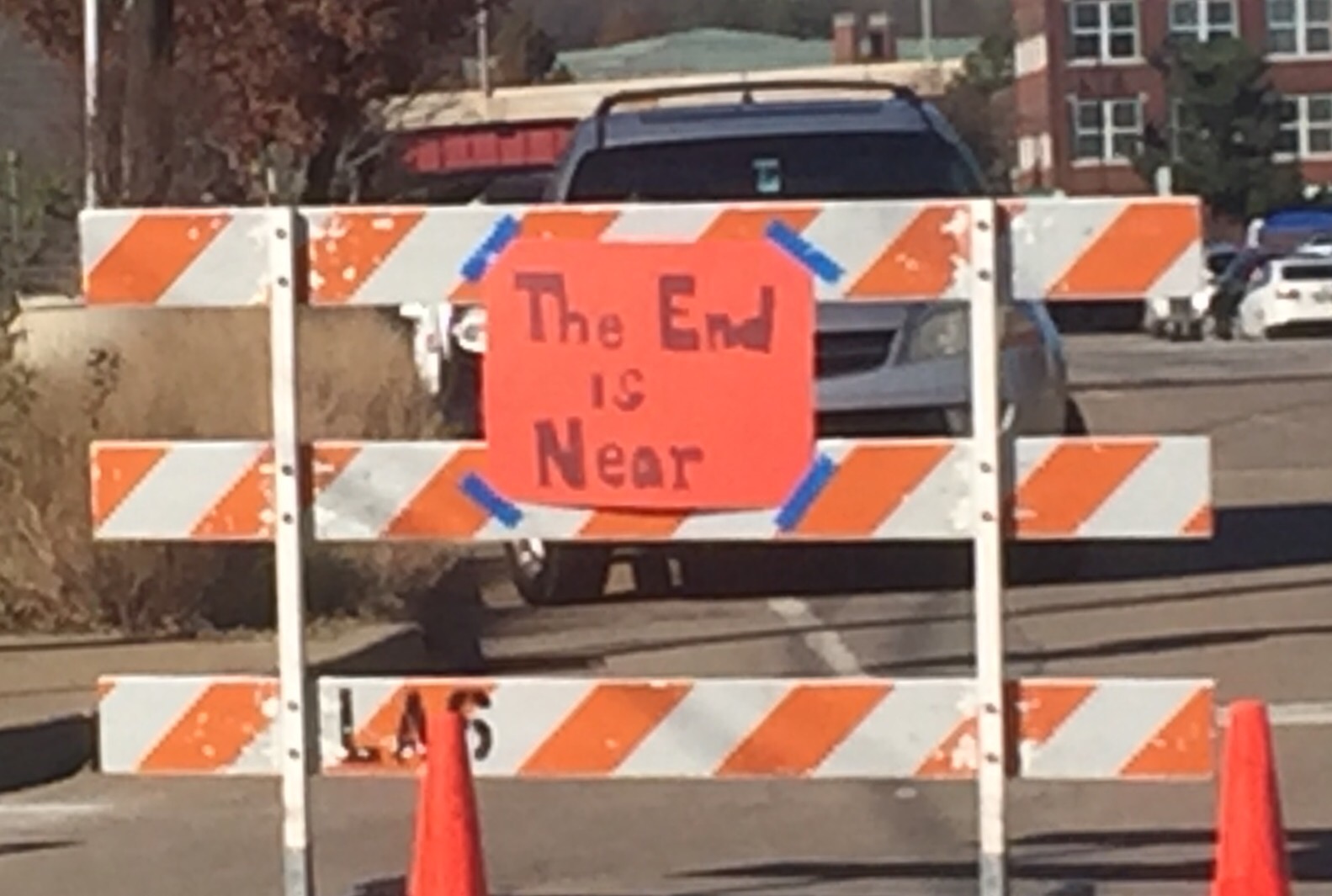 I finished strong, running well down the stretch. I was grateful to find my brother, who’d driven over from OKC. I was also grateful for chocolate milk, real food after, and some pretty nice bling! 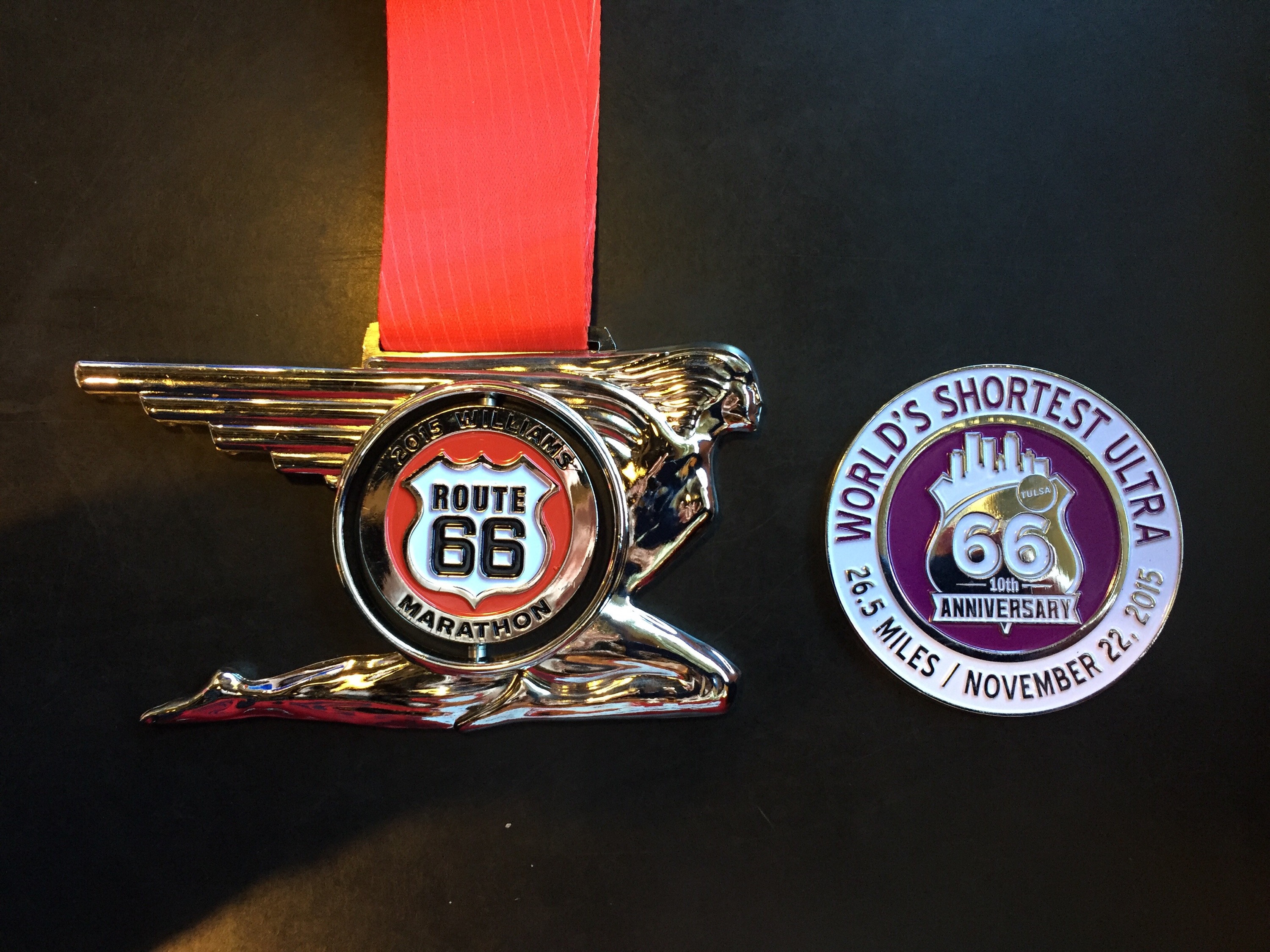 I’ve taken the week off from running, and believe it or not, the next training cycle starts tomorrow!  I’ll be tackling Matt Fitzgerald’s 20-week plan for the Garmin Marathon in the Land of Oz (Olathe, KS) in April. Here we go, again!