The Last Christmas, I received a unique gift from my dad.  He promised to run this year’s Tour Des Fleurs 10K with me and wrote it up as an article in the local newspaper, as it might appear after the race: 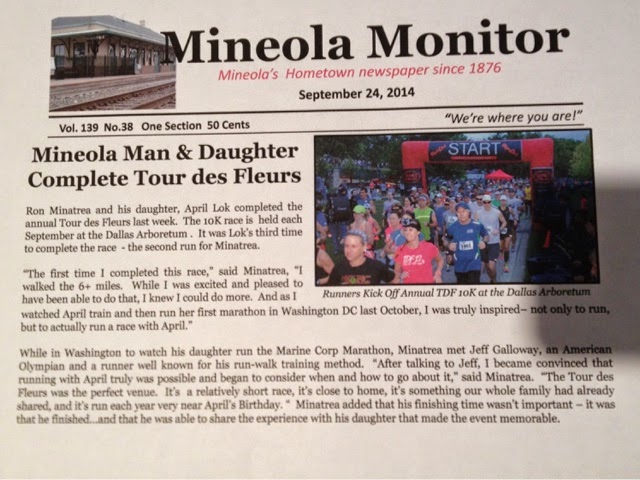 What a wonderful gift, with bonus points for creativity!
TDF falls on my birthday weekend, and this being the third year I’ve done it, it’s become something of a birthday tradition.  But running it with Dad made this year’s race a little different.  It wasn’t about a PR, just about being with him.
I checked MilePost on race day morning and found this quote, which pretty much sums it up: 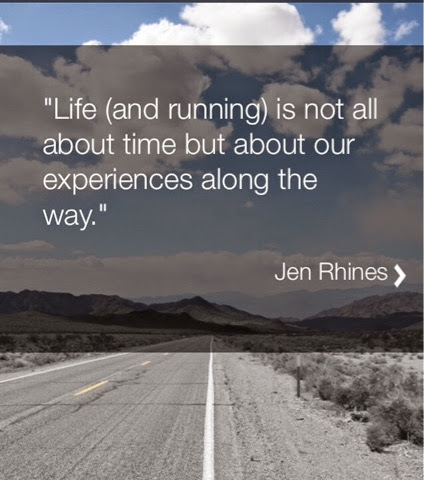 Dad was a little frustrated that his training hadn’t gone quite as planned over the summer, but to his credit, he’d worked through issues with his knees, modified his form, and ran 5K, 5 miles, and eventually a whole 10K…more than he’d done in 40 years!!!  So proud of him!
During the race, we adopted a pace he has nicknamed the “tortoise shuffle” (appropriate for a man whose screen saver used to read, “I’d rather be the tortoise!”).  Slow and steady was the name of the game, and it strikes me that Dad’s approach to the 10K was the same as his approach to life.  Choose what you think you can sustain, and do it consistently over time.  Then finish strong!  So that’s exactly what we did.  🙂 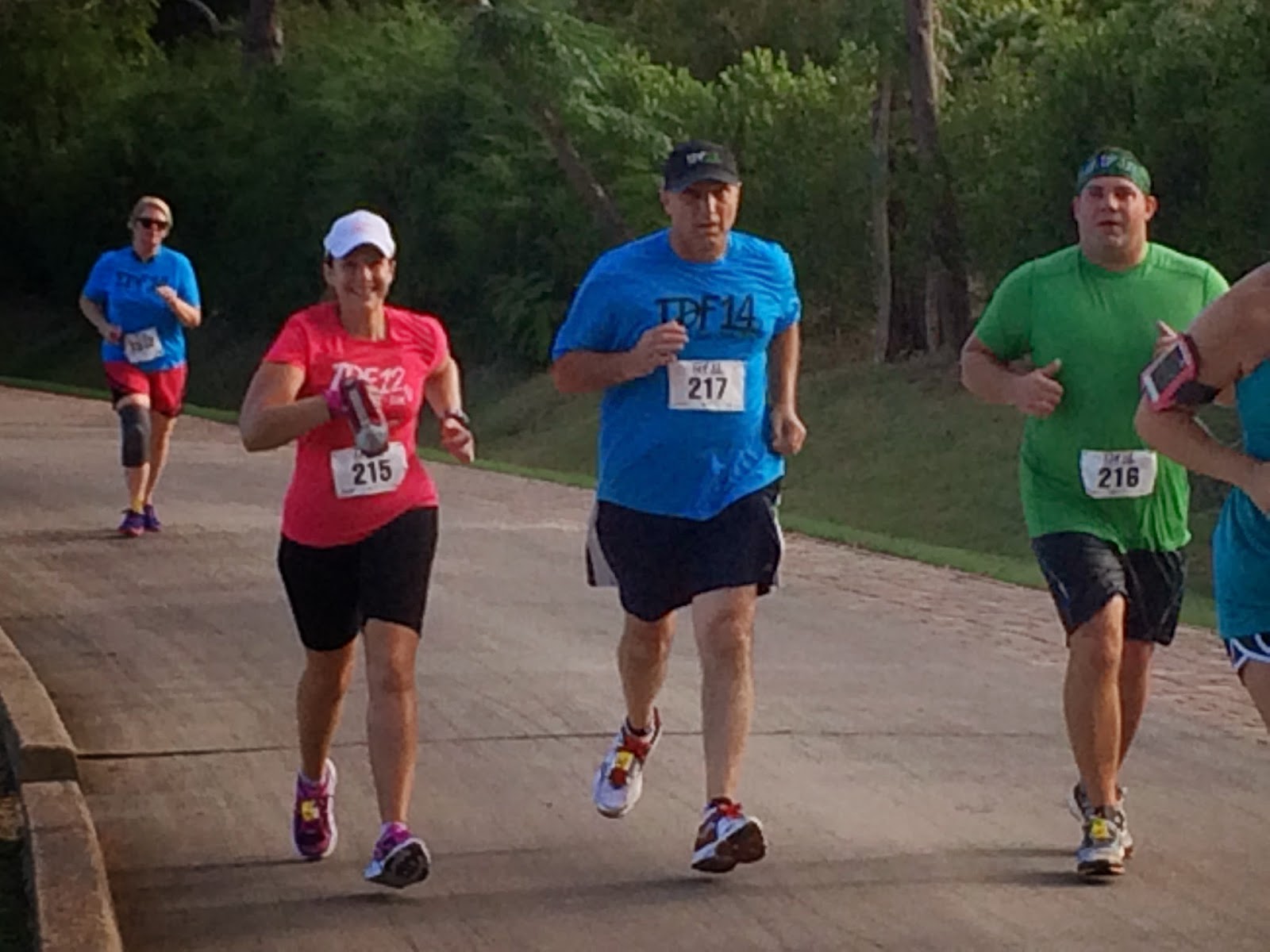 We were joined near the finish line by my brother, who’d run the race on his own (a week after doing the second half of the Erie marathon with me!).  We didn’t set any records, but we finished…together. 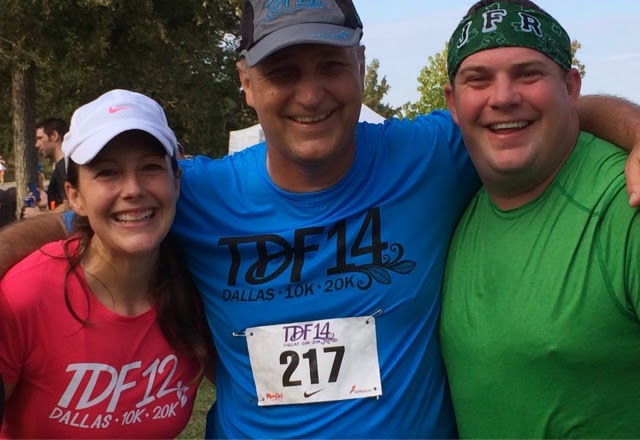