Welcome to Running With God!

My first running blog chronicled my journey from 0 to 26.2 at the 2013 Marine Corps Marathon.  Interested parties can find it here: http://zerototwenty-sixpointtwo.blogspot.com

Though I was blessed to train for and finish MCM without losing significant time to injury, 6 days after the race, I sprained my foot, developed posterior tibial tendonitis, and once again found myself at 0 miles.  I hope to get back to 26.2 (and perhaps beyond) but decided it was time for a new blog with a new name and a new focus.  I don’t want my story to keep starting back at 0!  And I want to run with God…so here we are.

It was six months ago today that I stepped on that acorn (in a pair of five fingers) and had my world turned upside down.  We’ve now come 180 degrees around the sun, and my life has also done a 180.  Last year, my life revolved around running.  God used the time off to re-balance my life and reorder my priorities so that now my life, as it should, revolves around Him.  The verse that best captures my comeback is Isaiah 40:31. 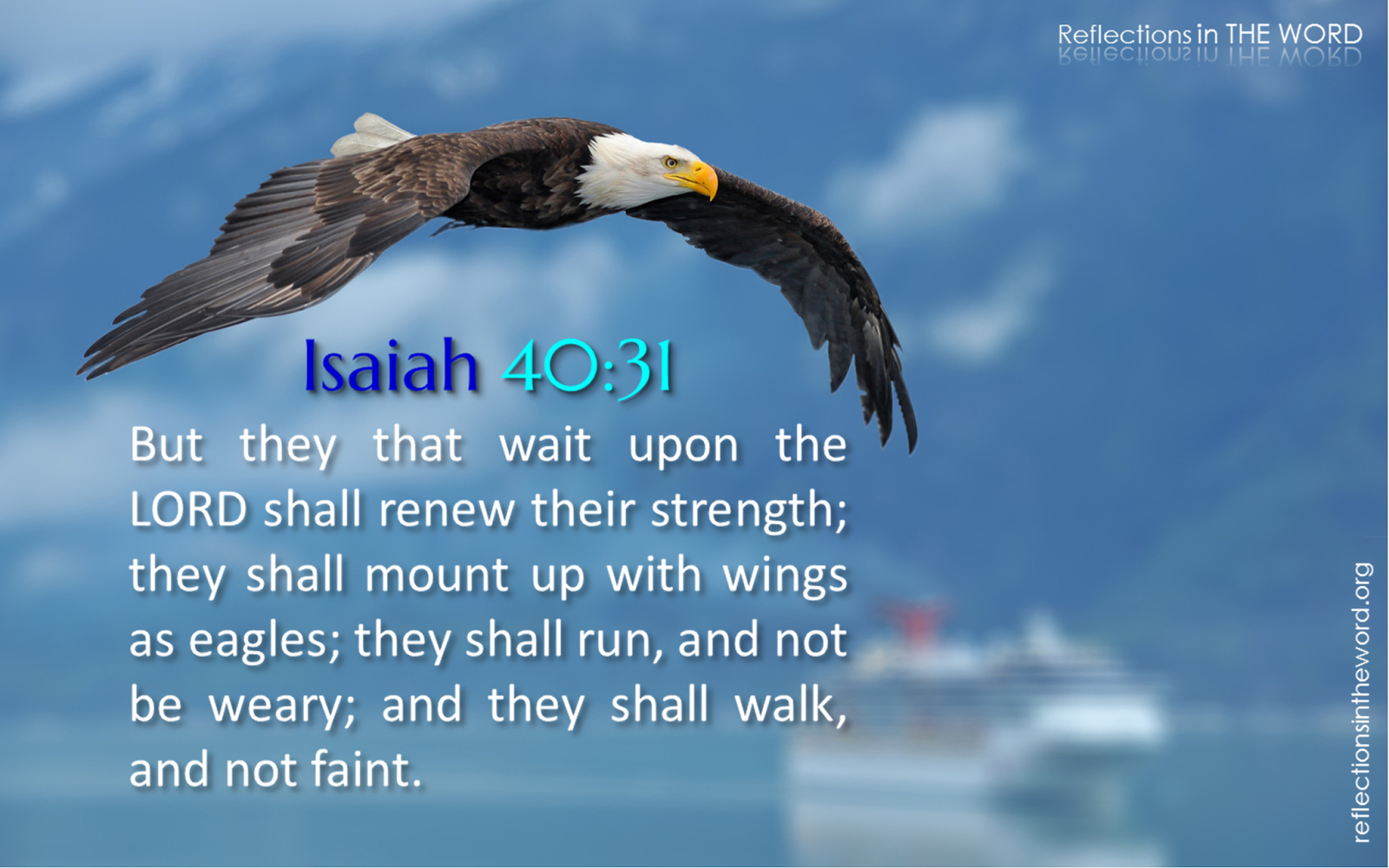 The NIV says, “those who HOPE in the Lord will renew their strength.”  This is where I started–hoping my strength would be renewed and that I would be able to run again.
The NLT says, “those who TRUST in the Lord will find new strength.”  This was my second step, to trust that I would run again–despite suffering setbacks in my first couple of attempts to resume running.  This version talks about finding NEW strength, and I have.  A spiritual strength, not just a physical one.
The NKJV says, “those who WAIT on the Lord shall renew their strength.”  This is where I am now.  Waiting on God, to renew my strength as a runner and to fulfill other dreams He’s given me.  Initially, it was an impatient, toe-tapping, watch-checking sort of waiting.  But now I’m learning to wait patiently with joyful anticipation of God’s next move.  🙂
In the next part of the verse, the Amplified Bible says, “they shall lift their wings and mount up [close to God] as eagles….”  Getting close to God and soaring in the Spirit preceded my physically being able to run again.  There were months when I didn’t even go walking and just spent the extra time with Him.  Gradually, I started walking again.  Unlike before, when I used my training time primarily to zone out, daydream, and have “me” time, I determined to keep my focus on Him and follow Enoch’s example–walking with God.  I kept seeing eagles flying overhead, and I meditated on this verse.  As God has been speaking about the importance of being still, I was impressed by how little flapping they did!  The wind simply carried them…
The last part of the verse talks about running and not being weary, walking and not fainting (which I nearly did after the marathon!).  Some might argue this means the Galloway method is Biblical!  For me, it means that I will continue to walk when God says walk and run when He says run, trusting in either case that He will be my strength.