God of the Impossible

Just hours after my last post, I got my answer about my next marathon!
Three weeks ago, I had been praying about whether to sign up for the Erie Mararthon in September. It’s a waterfront course that’s supposedly flat as a pancake, and the race is close enough to Cleveland and Pittsburgh that I could check both ballparks off my bucket list in the same trip!  But as many setbacks as I’ve had, I wanted to be extra careful and prayerful before signing up. I asked God for clarity, and “Isaiah 41” popped in my head.
The chapter is about God helping the nation of Israel, but there was a verse that jumped off the page for me:
Don’t be afraid, for I am with you. Don’t be discouraged, for I am your God. I will strengthen you and help you. I will hold you up with my victorious right hand. (Isaiah 41:10 NLT)
I took that as a green light and got all excited…until I discovered the race was already closed!  I was shocked and confused. I joined the waiting list only to find there were 374 people ahead of me–for a race capped at 1250. That meant 30% of the field would have to drop!
But I’ve been doing a study I call, “God of the Impossible,” focused on God’s flair for miracles.  Surely the One who spoke the world into being, parted the Red Sea for Moses, made the sun stand still for Joshua, and opened the mouth of Balaam’s talking donkey could open up a spot for me.  The odds weren’t looking too good for Abraham and Sarah to have a baby when they were older than dirt or for Joseph to succeed when he was sold as a slave and then thrown in prison. Gideon and his 300 guys went into battle with trumpets and torches (how do you hold a sword with one of those in each hand?) against an army of 135,000. That’s 450:1!  Yet, in every case, God came through and did exactly what He said He would do.
Part of me reasoned that maybe Isaiah 41 was meant more generally…like He would strengthen me to run some race someday and that He would help me figure out whether to run Erie (and had by closing the darn thing!). But part of me thought, “God of the Impossible is gonna do this.”
A little further down in the same chapter of Isaiah, there’s a verse that reads:
I am doing this so all who see this miracle will understand what it means— that it is the LORD who has done this, the Holy One of Israel who created it. (Isaiah 41:10, 20 NLT)
And now the miracle has happened. I got my invite for Erie today!  The fact that I not only got in but also found out well in advance (sparing me the nightmare and expense for last minute flight and hotel reservations) seems like nothing less than a miracle to me.
I can’t say what will happen on race day. After all, I’m starting out at a lower level of fitness than I had a year ago, with less time left to train before the big day. But I guess I’ll just leave that up to God of the Impossible, too! 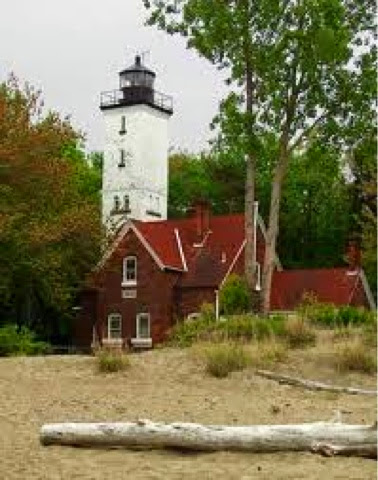