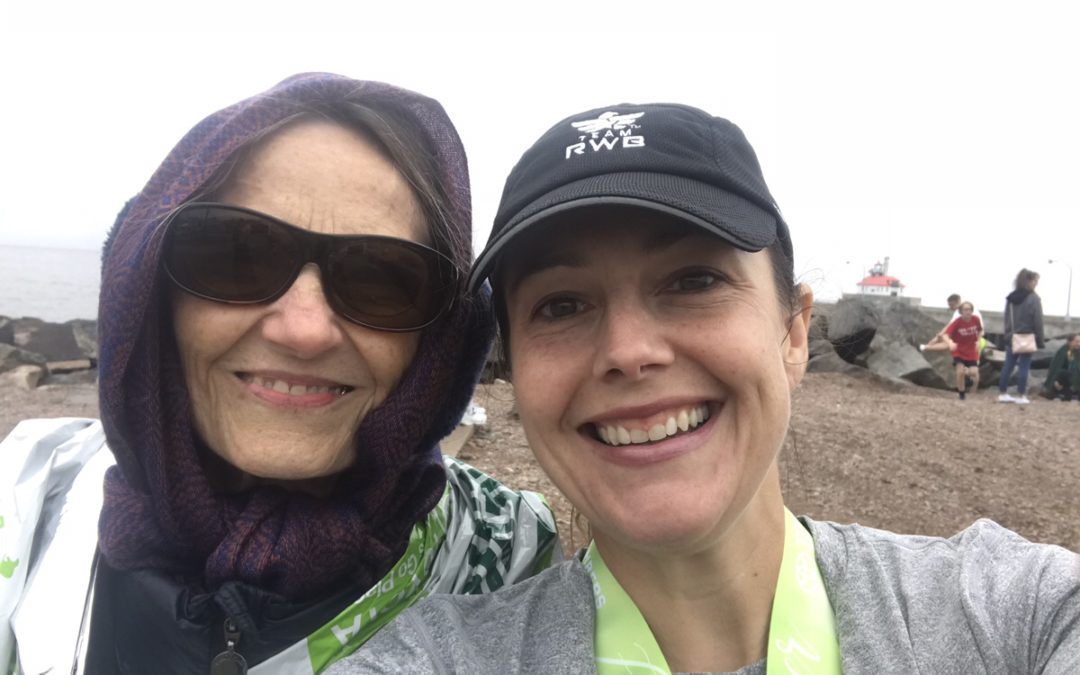 The Plan Dedicate Grandma’s Marathon in Duluth, MN to my Granny Jessalyn, making it a generationally-focused prayer run.  Honor her life of 56 years with intervals of .56 miles running (.1 mile recovery) x 40. (Forty is a generational number.) Everything was going well…until it wasn’t… First half went according to plan.  Despite the fog and much of the course being lined with trees, I still enjoyed the view of Lake Superior. 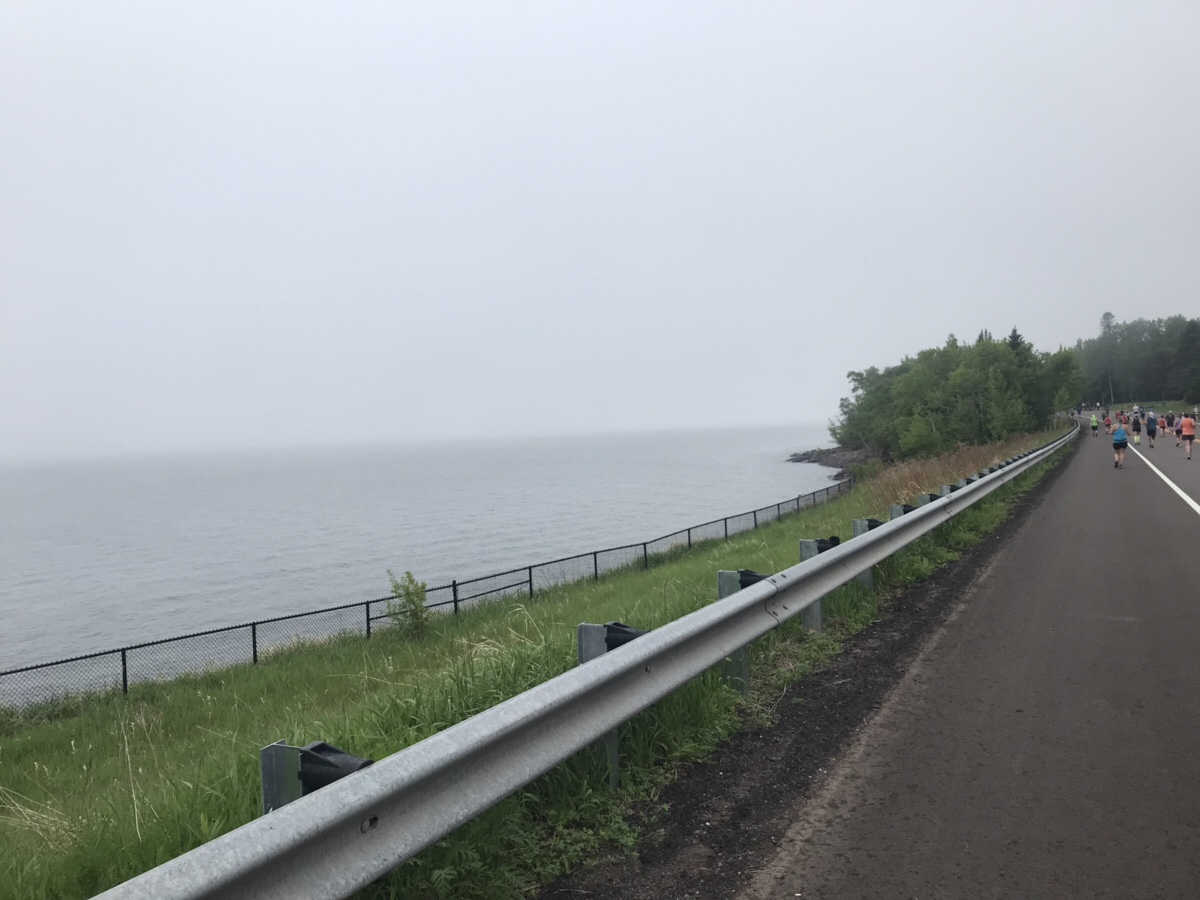 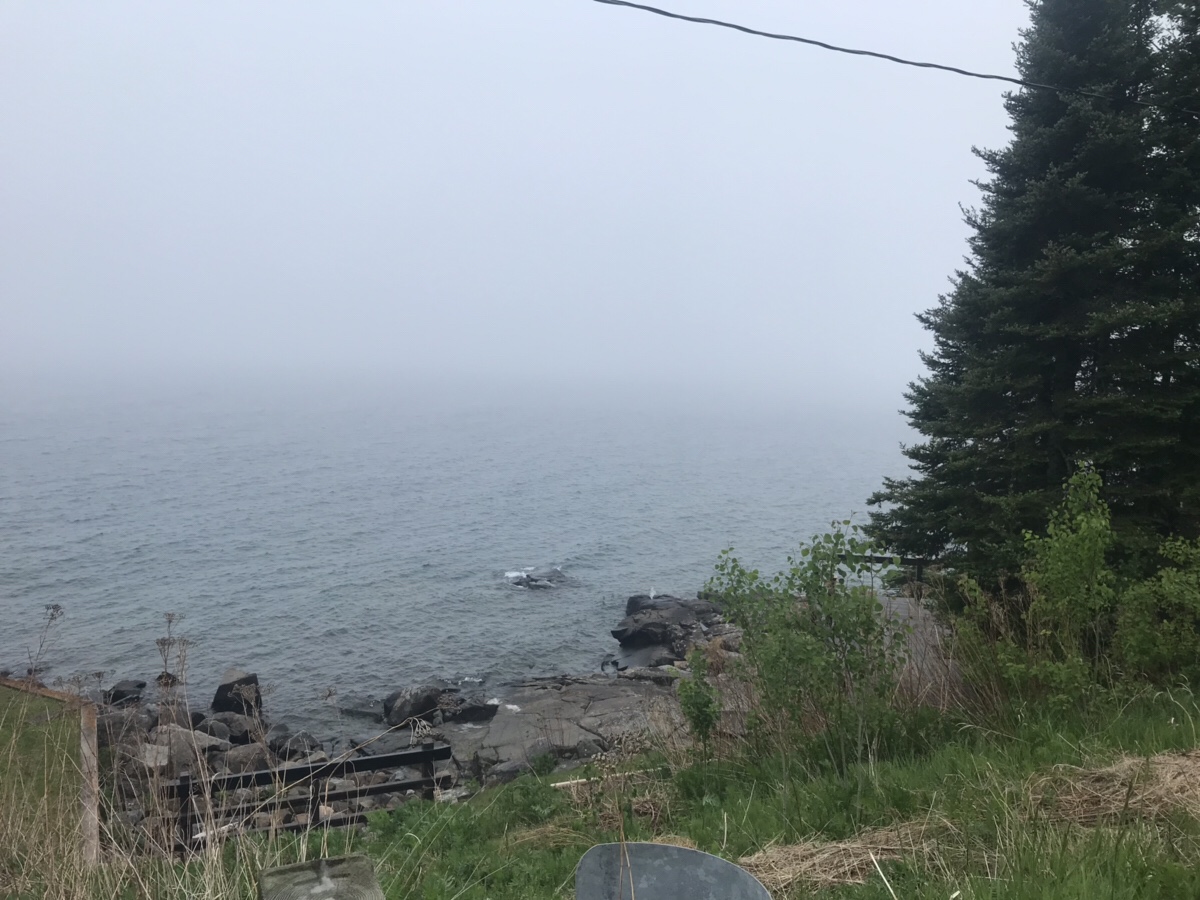 Each interval, I prayed in a different aspect of my spiritual inheritance.  I felt good and was running relatively fast, thanks to cooler temperatures and running mostly downhill. Then the wheels came off, one by one: Somehow, my watch’s program got cancelled, and I lost my intervals.  Winged it the rest of the way. Despite taking every precaution to conserve, I had to kill music and Garmin LiveTracking to save phone battery. Though I didn’t know it at the time, I was also climbing more than I counted on the back half of the race. Based on the posted elevation profile, I thought this was a relatively flat race with a few gentle hills and net downhill. 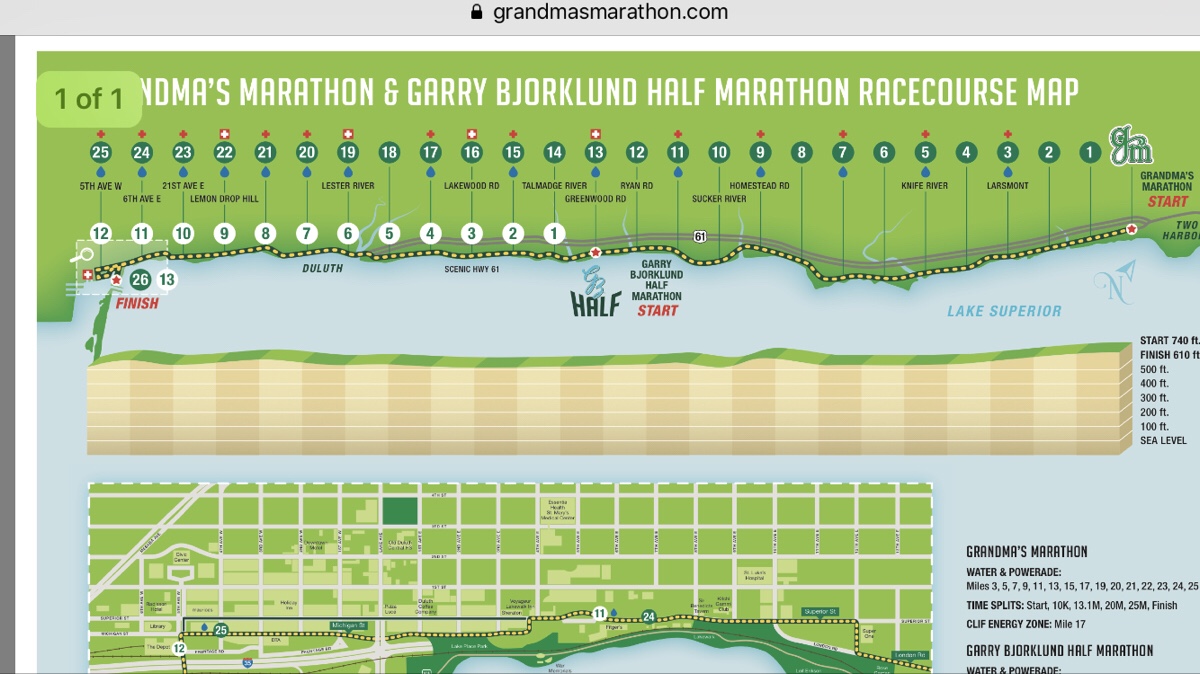 I knew the graph was a little deceptive because the scaling took into account feet above sea level, which masked how large the hills were.  But I had no idea how dramatic the elevation changes were until I finished. 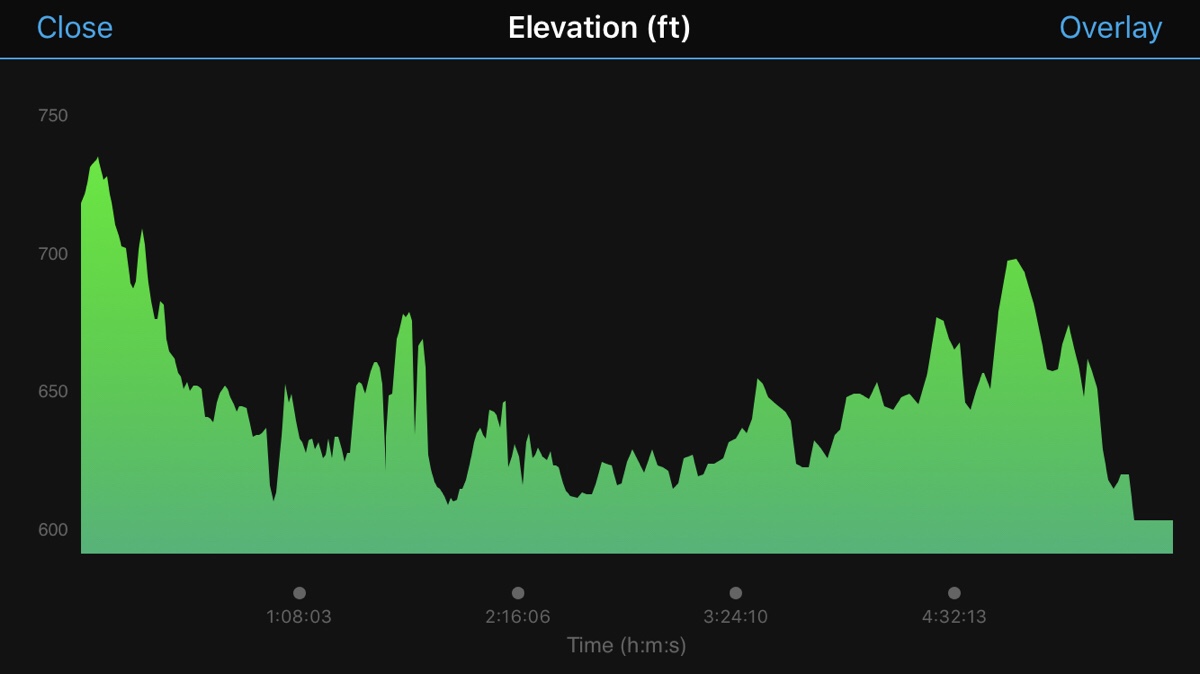 Yikes.  No wonder I ran such a bad split! Hindsight is 20/20, but at the time all I knew was that like my phone battery, my legs were dying.  Second half was tough, but so am I.  Here’s what I learned: People Are Important A text message from a friend cheering me on gives me more of a boost than an energy gel.  When the Garmin link went down, I also lost my social support.  Things got hard, and I got lonely.  I depended on the kindness of strangers until my support team checked back in. I had been running through tears off and on for miles.  Near Mile 20, a woman reminded me I could walk the rest of the way and still make the time limit.  She was right.  I resolved to walk until I felt good again.  Just about that time, a guy asked if I wanted some company, and we walked the next mile together.  He was battling a knee injury, and it was only when I offered him some Advil that I remembered: Oh, wait!  I have Advil!  That did wonders for my cramping calves. I felt good enough to run another mile and then walked the next with another guy as we went up Lemon Drop Hill. (They say you can pretty much bet any hill that has its own name is a doozy.)  We stayed together until his mom caught up to us.  I took off, knowing she was there to take him in the rest of the way. Ran the last 5K, only walking the aid stations.  Proud of myself for bouncing back and finishing strong. Looking back, I could’ve potentially shaved several minutes off my finishing time had I not walked an entire mile with each of those guys.  But that was what made the race fun and memorable.  Both were first-timers, and it was invaluable to be able to encourage one another.  Bonus: They were both cute!  🙂 Also grateful for the support of spectators who brought signs of encouragement…and BACON! 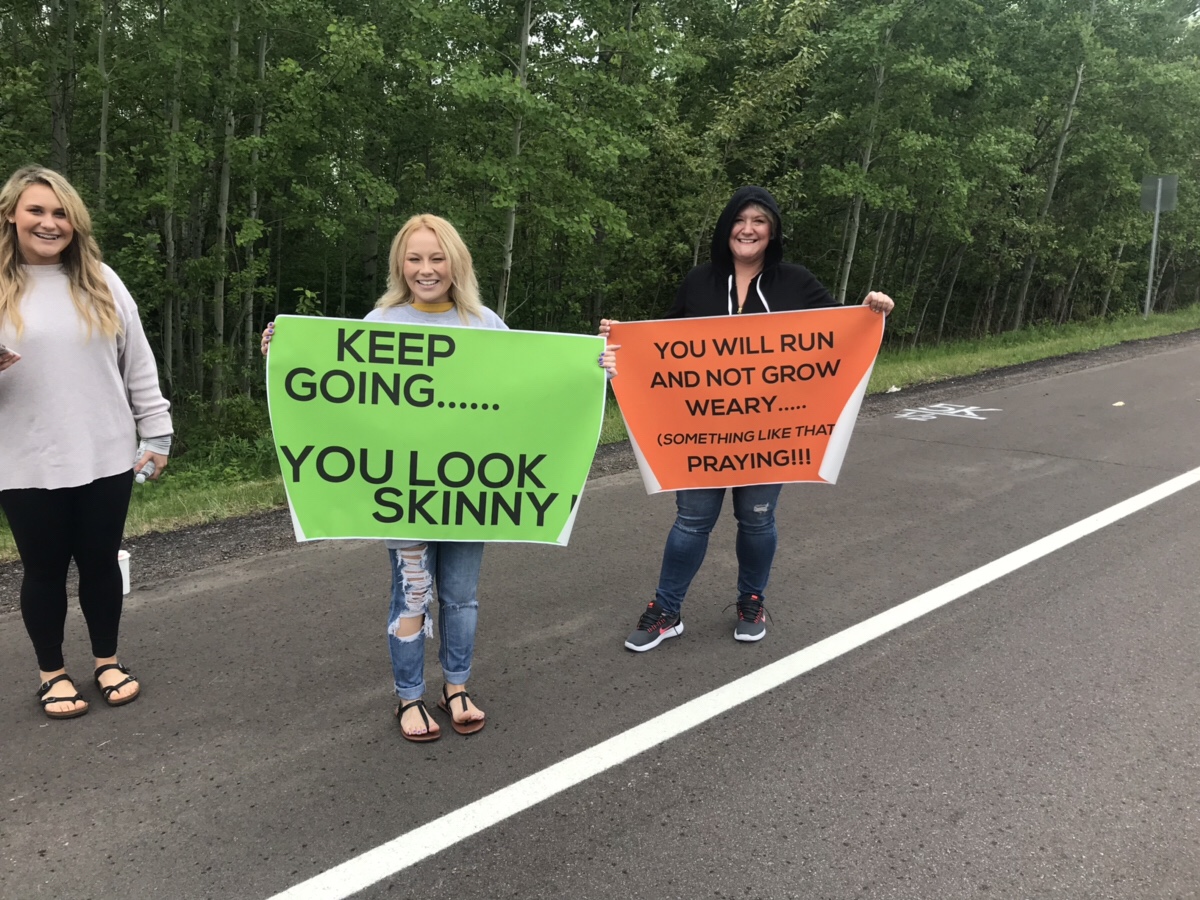 Prayer Works This race was different than previous ones.  The absence of one of my key intercessors was felt, and several others had other commitments during the time I was running.  There was a noticeable shift when those commitments ended, and I could feel the wind of the Spirit carrying me forward with the surge of prayer growing and restoration of connection and unity.  (There is power in agreement, and it was never more clear to me that every prayer matters!)  Frankly, I consider the two gentlemen who came alongside me a direct answer to prayer–especially since I was lonely.  The thought occurred perhaps I was entertaining angels unaware. I also brought one sweet friend to Minnesota with me–an 82-year-old woman from my church (a spiritual grandma, so to speak!).  I am so grateful for her prayers sustaining me throughout the race when others were unavailable and for her meeting me at the finish line.  Don’t know what I would have done without her! 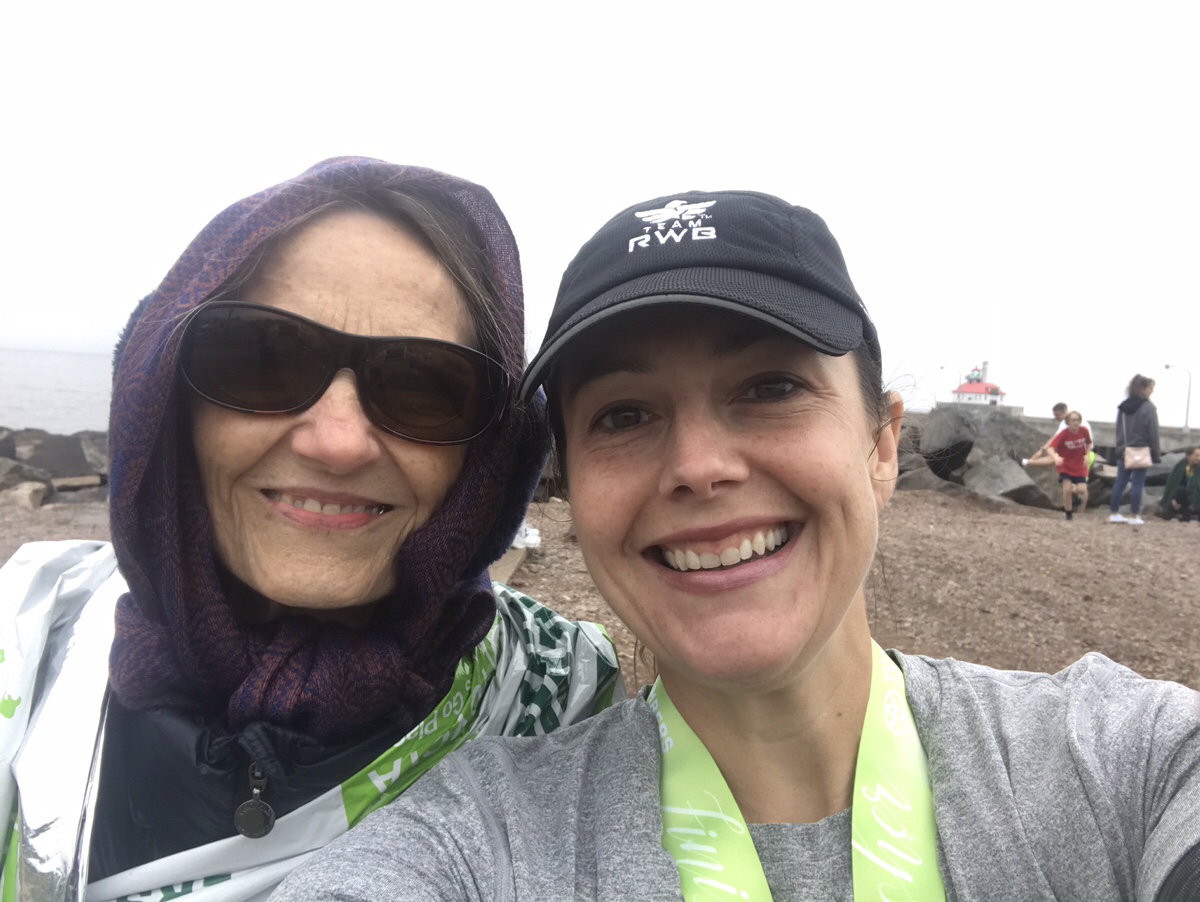 Grateful for Grandmas In the end, I accomplished my goal of honoring my grandmother’s legacy, praying to receive my spiritual inheritance.  I am so grateful for the eight short years I had with Granny Jessalyn and for the other grandmas I’ve had in my life, including my dad’s mom, Mama Lynda, and the two other precious ladies my Papa James married after my grandmother went to be with Jesus.  (One of them, Margaret, was actually my grandma’s best friend and celebrated her 90th birthday last year!) I also prayed for God to carry forward what He wants to pass on through me and treasure knowing that WE are Jesus’ inheritance!  The best is yet to come! 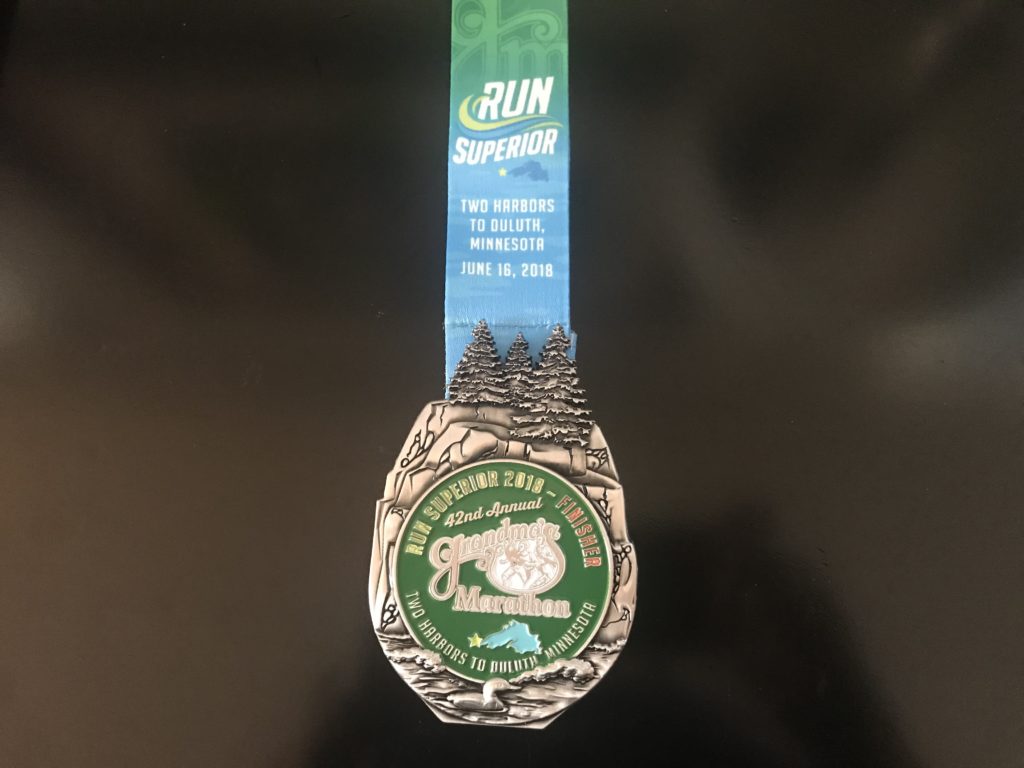